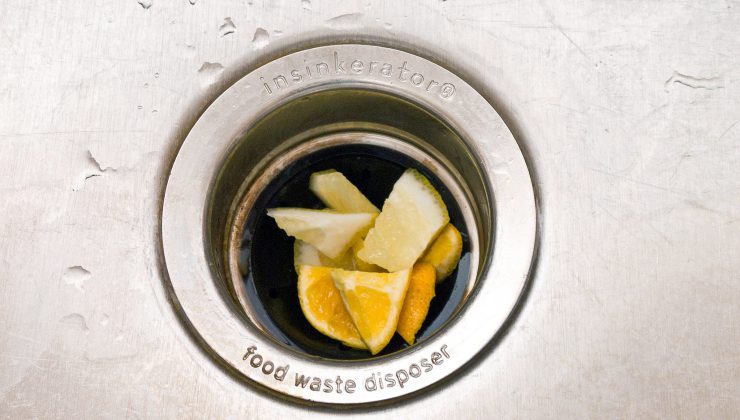 How to keep your garbage disposal from stinking

You put all kinds of kitchen scraps and food bits into your garbage disposal. And you let the water continue to run for about 15 seconds after you turn off the disposal to flush out all of the food particles.

But sometimes, despite your best efforts, your garbage disposal will begin to stink. Your first inclination may be to pour bleach or drain cleaner in — but don’t do that. The harsh chemicals may damage blades and pipes.

There are, however, a number of common household products that will safely freshen and sanitize your garbage disposal.

Here are some tried-and-true methods, gathered from a number of websites, for keeping your garbage disposal clean and smelling fresh.

* Every week, pour a little dish soap into the opening of the garbage disposal and let it run for a minute or so with some cold water.

* From time to time, toss some lemon wedges or orange peels into the disposal, turn on the cold water and grind them up. The oils and juice naturally clean the walls inside the garbage disposal, leaving a fresh, long-lasting citrus scent.

* Freeze some vinegar in ice cube trays and grind them in the disposal. The vinegar will kill odor-causing bacteria.

* For more stubborn odors, it’s baking soda to the rescue! Pour some in and let it set for several hours before running the water and the garbage disposal.

* It’s also a good idea to clean the disposal’s rubber splash guard with a toothbrush and an antibacterial grease-cutting kitchen cleaner.

* If the unpleasant odor is caused by mold and mildew, use Borax, a safe and natural sanitizer. Pour 3 or 4 tablespoons of Borax into the disposal and let it sit for an hour. Then turn on the hot water to flush it away.

* If you’re into DIY projects, make some Garbage Disposal Refreshers! They look pretty in a decorative glass container on the kitchen counter, ready to freshen the disposal at a moment’s notice. Here’s how to make them.

Garbage Disposal Refreshers
Mix 3/4 cup baking soda and 1/2 cup salt.
Grate the peel of a lemon into this dry mixture.
Cut the lemon in half and squeeze the juice into this mix.
Add 1/2 teaspoon of the liquid dish soap of your choice.
Mix until it resembles a wet sand.
Using a teaspoon measuring spoon, scoop mounds onto waxed paper or parchment paper. Allow then to dry overnight and then put into a sealable glass container.

If you need a garbage disposal installed in your eastern North Carolina kitchen, the experts at Sam Pollard & Son can do that. Give them a call at 252-752-3661.

« Hurricane preparedness tips
What to do if your HVAC is flooded »